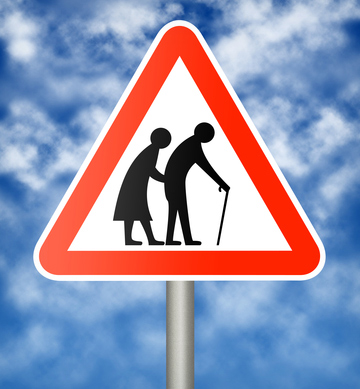 Last week the federal government finally got around to announcing its long-promised, aged-care reform agenda. Yet the stunning thing about the announcement was not the package itself but the tenor of the resulting talk-back and commentary.

Radio presenters took call after call from individuals expressing great fear and dread of nursing homes. Stories of distressing neglect were recounted. The public clearly has little confidence in the current system of residential care. It is therefore hard to understand why such negative public comment is not seen as a major disaster in public policy?

Here we have a major policy announcement by the government of the day - outlining structural and funding changes in aged care which will affect almost all of us. And yet, the very heart of the issue, the bit that worries everyone, has been largely ignored.

Certainly, structural and funding issues are critical. And no one is going to argue with having more community care available. More support for those experiencing dementia is long overdue. A single gateway into aged care should greatly assist families when it is time for a loved one to move into residential care and, just maybe, a 'My Aged Care' website will provide some much-needed transparency within the sector.

However, it is patently clear that Minister Butler has not been able to withstand the forces of the powerful provider lobby group which insists on 'flexibility' in staffing. Generally 'flexibility' in aged care and nursing is code for the minimum possible staff on duty to care for large numbers of ill or frail people. That is why nurses in the acute sector take such a firm stand against state governments which regularly attempt to reduce staffing levels.

One can only wonder why mandated staff/client ratios is considered a requirement for those who run child-care centres, hospitals, schools and other places which care for vulnerable people but is an unaffordable luxury for frail, older people.

Yes, there is a section in the new aged-care package that relates to the prevailing problems within the aged-care workforce.

'An appropriately skilled and well qualified workforce is fundamental to the delivery of quality aged care across both the residential and home care sectors.'

And this is the problem. These words are almost the same as those in the Aged Care Act 1997 which determines the current system of care.

To some providers it means leaving one carer on duty at night to look after fifty residents or more. To residents and their families it means having enough staff on the floor so that care needs are managed in a timely manner.

The test of the package that has just been announced is whether aged-care homes of the future will generally be providing better care than they are now.

And, quite frankly, it is hard to see anything that was announced last week which will make that happen.