Admitted as a solicitor in 1969, Rodney has been practising law since then as a solo practitioner and in partnership, in Castle Hill, Parramatta and Ryde. He has been a seminar presenter and university lecturer to undergraduates in his special focus subject of Elder Law.

Rodney is the author of the legal text Elder Law in Australia (published by Lexis Nexis Sydney, first edition in 2004).

Rodney’s interest in Aged Care came through his wife Noni who is a registered nurse. His inquiries sprang from their discussions and led to his research, writing, lecturing and the preparation of the only text book on the subject.  Rodney also prepared the 2011 (second) edition, the third edition is currently in preparation. Rodney’s interest in Elder Law and the legal rights of older persons stems from his interest and commitment to human rights.

Rodney was Senior Legal Advisor to the Minister of Finance of the Democratic Republic of Timor-Leste from 2007-2009 and returned to Sydney to establish a legal practice in Elder Law. During his time in Dili, he was Chair of the Task Force appointed by the Government to reform Telecommunications, mandated to seek the liberalisation of the sector subject to agreement of the monopoly operator, Portugal Telecom, and to introduce competition.

Human rights: Rodney has been active with the International Commission of Jurists, a Geneva based organization since 1974. He has attended two international trials as a human rights reporter for the ICJ and other international and Australian legal bodies. They included a subversion trial in Jakarta in 1978 and the Santa Cruz massacre trials in 1992 in Dili, East Timor.

Upon the arrest of then resistance leader (now Prime Minister) Xanana Gusmao in 1992, Rodney was again accredited as an observer to the trial in Dili, March 1993 for IBA London and the Law Council of Australia. On that occasion his visa application was denied by the Indonesian government.

In October 1997 Rodney chaired a committee of the ASICJ which convened a colloquium entitled 'Balibo and Beyond', University of NSW, October 1997. In December 2000 he accompanied the sister of one of the journalists, whom he represented pro bono, to report her brother’s death, thus taking the first step towards a Coronial Inquest for the Balibo Five.

The Inquest concluded after 6 weeks of evidence during which Rodney instructed Senior Counsel (legal aid became available shortly before the Inquest), and in November 2007 the Coroner recommended that two Indonesian Special Forces members should be charged with the murder of five Australian based journalists, an outcome of historic legal dimensions.

A recent Commonwealth Government audit showed that 90 per cent of residents at a Newcastle residential aged care facility had received psychotropic drugs without prior written consent. However, the lawyers' view of that is that the conduct of the provider should be viewed as unlawful - that is, not just non-compliant with aged care regulations. 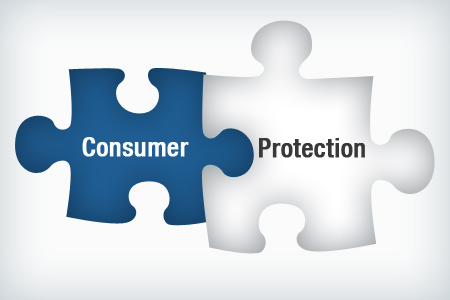 The Sydney Morning Herald reported on 21st of August the claim that the aged care regulator is under-resourced, understaffed and toothless.

When evidence was given to the Royal Commission, the Community and Public Sector Union (CPSU) representative claimed that one of their members whom they referred to as an assessor, said that there was "no real penalty for failing the standards --- just the inconvenience of additional visits from the Aged Care Quality and Safety Commission (ACQSC)".

From the 1920s to the early 1950s millions of innocent people in the USSR were sent to the forced labour camps in Siberia, which were the subject of a famous book by Russian author Alexandr Solzhenitsyn and which he called the 'Gulag Archipelago'.

This is a summary of the Attorney General's speech in presenting the Crimes (Offences Against Vulnerable People) Legislation Amendment Bill 2020 to the A.C.T. Assembly on 7th May:

The Bill "includes an understanding of vulnerability to mean where a person is socially isolated or unable to participate in the life of the person's community".