No mandated staff/resident ratios, no transparency, no research 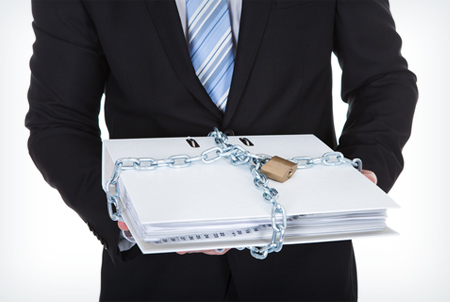 People are usually stunned to learn that there are no set staff/resident ratios in aged-care homes.  They simply assume that frail older people in care will be treated like other vulnerable individuals – for example like those in hospital or very young children in kindergarten and day-care – all of whom receive the protection of mandated levels of staffing.

Then tell them that some aged-care homes have only one or two staff members on duty at night to care for, perhaps 100 or more, residents!

'At a large site one RN can be responsible for overseeing up to 130 residents.'

So what are the staffing levels in our aged-care homes - on average? How would we even know?

Prospective residents and their families are not generally told about staffing issues – even though these are highly significant when choosing a home. There is no compulsion for proprietors and their managers to do so and it is not usually in their interest to disclose.

In order to qualify for accreditation, providers of residential aged-care homes must comply with the expected outcomes set out in the Aged Care Act 1997 where it states the following:

(1) --- (b) 'to maintain an adequate number of appropriately skilled staff to ensure that the care needs of care recipients are met;'

Yet there is little Australian research as to what minimum staffing levels should be in order to achieve quality of care outcomes. And we have no idea what 'appropriately skilled and qualified' actually means.

If we go to anecdotal evidence, then the care that some residents receive - especially at night - appears to be problematic indeed. Aged Care Crisis receives copious evidence from both staff and families on this issue.

Right back in 2006, Choice Magazine published a guide to choosing a nursing home.  The general advice was that we all need to plan early for our future care needs. Within that story, there were several accounts from people with family members in care. One man stated that, at his wife’s home, there was one person on duty at night to look after 80 residents.

By 2009 things were getting even worse with incidences where just one staff member was on duty to care for 47 elderly people overall (not just night shift)  in some nursing homes.

By 2011 the Productivity Commission had completed its inquiry into aged care – Caring for Older Australians.   The prominent theme within many of the submissions was the pressure on staff because of low staff/resident ratios.

In 2012 Aged Care Crisis received this account from a nurse who finally resigned from a job she loved because of the low staff ratios, high expectations and poor management of the home where she was employed.

Further comment was made in 'The Age that year.

'VICTORIANS would no doubt have been as appalled as I was on reading in an April seniors magazine that one staff member had been on duty overnight to care for 50 aged residents in a residential facility.'

In December 2012 it was discovered that one aged-care home was found to provide no staff at all to care for its 31 residents between the hours of 8.00 pm and 6.30 am.

So where are we on staffing levels in aged-care homes in 2015? Sad to say the pressure on staff continues to be unrelenting.  There are more high–care residents in homes than ever before. The push to cut back on staff is relentless as the sector becomes increasingly privatised.

NSW is the only state which currently requires a registered nurse on site.  There are now plans to drop this requirement in that state.

It is a sad fact that there is little, if any, fulsome research into what comprises good care. What does ‘appropriately skilled and qualified staff’ really mean?  Ask a provider where profit for shareholders is the overriding factor. Ask a resident who must wait hours for attention. Ask a hard-pressed staff member who, despite their best efforts, cannot give the care that residents clearly need. There will be different answers each time.

It is outrageous that this vague statement within the Aged Care Act has been allowed to define aged care since 1997. And nobody has a clue what it really means! No wonder that many people’s worst fear is that they will end their life in an aged care home where there will be too few staff to provide for their most basic needs.